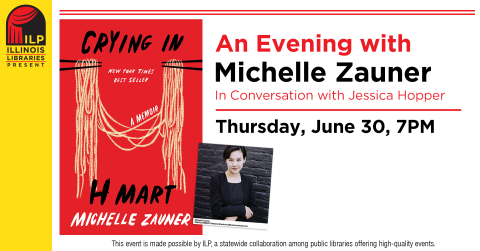 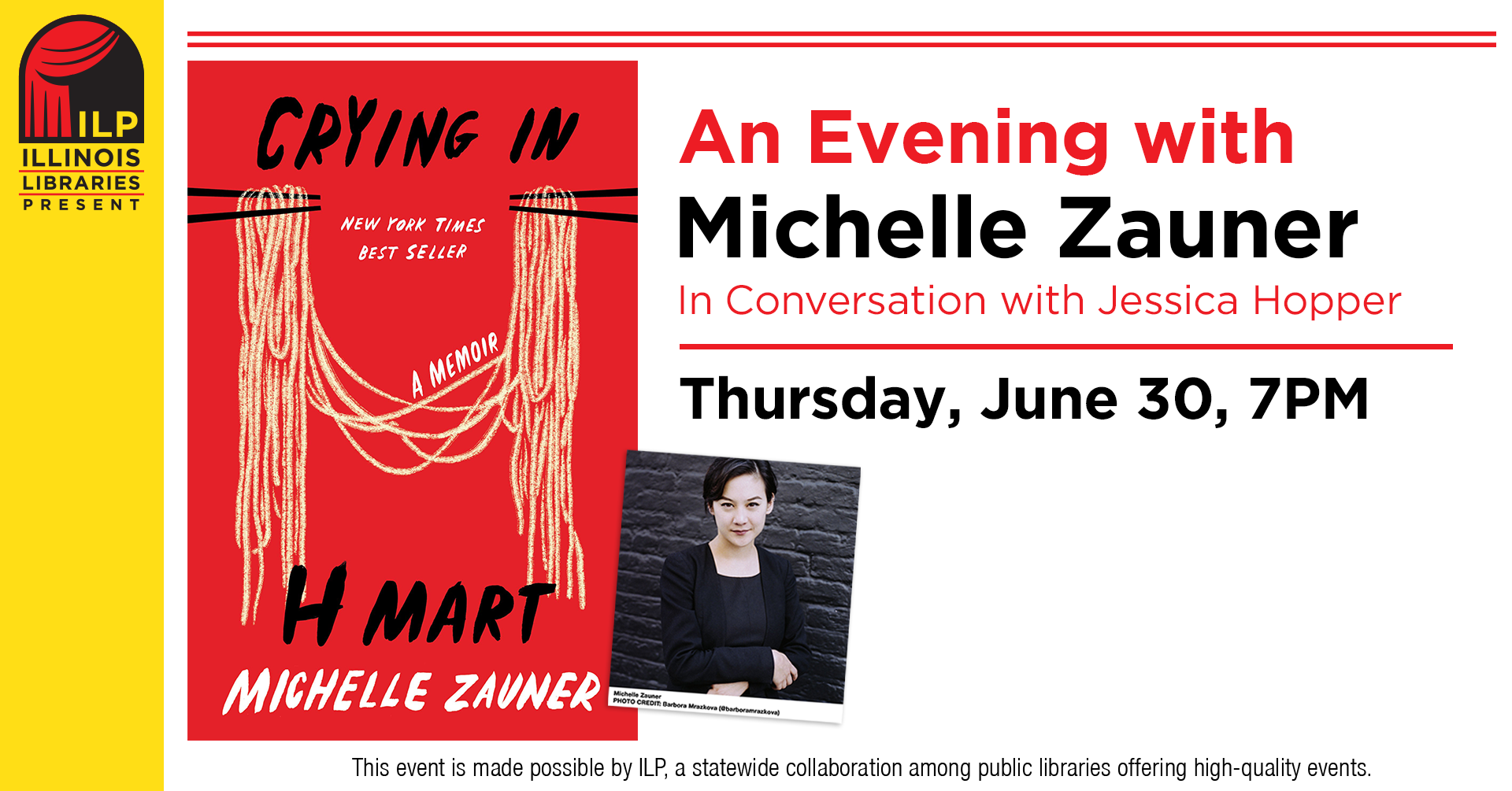 Don't forget about this event. Add it to your calendar.

Let your friends know about this event! Share it on social media.

Adults , 20s and 30s , Seniors
Registration for this event is no longer open.

Michelle Zauner, the indie rock star of Japanese Breakfast fame, discusses her music career and her bestselling book Crying in H Mart. Her memoir about growing up Korean American, losing her mother, and forging her own identity was a New York Times notable book of the year.

Michelle Zauner is best known as a singer and guitarist who creates dreamy, shoegaze-inspired indie pop under the name Japanese Breakfast. She has won acclaim from major music outlets around the world for releases like Psychopomp (2016) and Soft Sounds from Another Planet (2017). Critically acclaimed Jubilee (2021) is currently nominated for two Grammy awards. "Crying in H Mart" is her first book.

Jessica Hopper is a music critic, producer and author based in Chicago. In a career spanning more than twenty years, Hopper has earned acclaim as a provocative, fearless music journalist. She has written for, among others, GQ, Rolling Stone, The New York Times Magazine, The Guardian, Elle, and the Chicago Reader. She is the author of "The First Collection of Criticism By A Living Female Rock Critic" and co-founded Golden Teapot, a production company specializing in music and culture documentary work,

This event is made possible by Illinois Libraries Present, a statewide collaboration among public libraries offering high-quality events. Funding for this grant was awarded by the Illinois State Library, a Department of the Office of Secretary of State, using funds provided by the U.S. Institute of Museum and Library Services, under the provisions of the Library Services and Technology Act (LSTA).

Please consider wearing a mask to reduce the spread of infection.

Because we serve the public, we ask patrons to consider the vulnerable populations who utilize the library, including individuals with compromised immune systems, those with pre-existing health conditions, senior citizens, and young children.